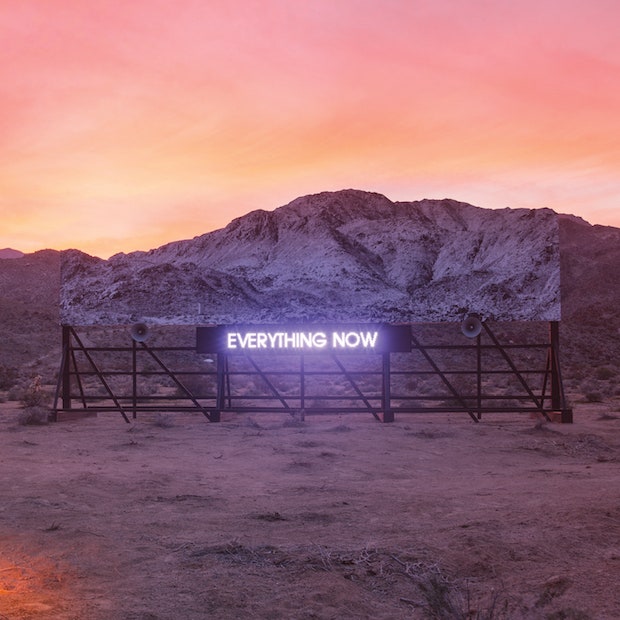 Arcade Fire are back and are set to release their new record, Everything Now, July 28 via Columbia. After dropping the title-track lead single, they've now shared a new song and video for the follow-up, "Creature Comfort".

Starting with a buzzing Suicide-esque synth line, the track quickly transforms into a classic Arcade Fire sing/shout anthem ready for the masses. While "Everything Now" was a disco-fused ditty that explored the band's recent pursuit into kaleidoscopic grandiosity, "Creature Comfort" is more of a direct, rocking smash. Co-produced by and featuring Geoff Barrow of Portishead (!), the song takes more of a stab and the darker and industrial sides of dance without loosing that eternal Arcade Fire sparkle and glow. It's a powerful number that can only become larger than life while playing across a massive festival field or being shouted out from the rafters of an arena. It's a song that deals with the struggles of youth, growing-up, dealing with the pains of the world and waiting for life to get better. "God make me famous / if you can't, just make it painless" is the rally cry that drives this surging track home. The band may have graduated from their humble indie days as their transformation into a new U2 feels closer with each album release, but they'll never forget those still struggling in those small neighborhoods from which they came. First and foremost, Arcade Fire have been a band for and of the people and in a year of wild uncertainty, it's refreshing to know somethings will always remain true.