Death to Death by Audio 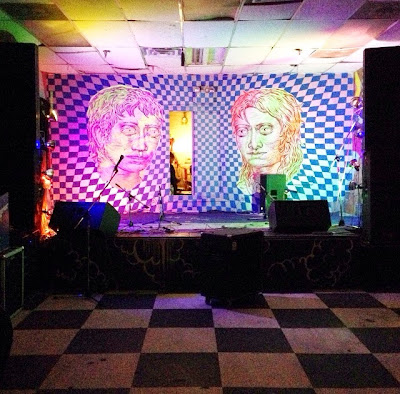 Over the past few weeks, eulogies have been pouring out over the closing of famed Williamsburg DIY venue Death by Audio. Since 2007, the space has been the leading example and part of the epicenter for the Brooklyn indie scene. On November 22 it closed for good. It will be missed.


I moved to New York City in August of 2006 and like many naive teenagers, I had grand fantasies of what the city had in store. I spent my high school years envisioning myself falling into the Lower East Side scene lead by the Strokes, Yeah Yeah Yeahs, Interpol, TV on the Radio and countless other bands that comprised the rock revival landscape of New York in the early aughts. It didn't take long for me to realize that those days had since passed and even Williamsburg was no longer the "new cool". While the heyday of CBGBs was long gone, the thriving corner of South 2nd and Kent in Williamsburg was a true hub for something I had been craving for years. The combo of 285 Kent, Glasslands, and Death by Audio was a mecca for new sounds that were exploding out of Brooklyn as the aughts came to a close. By now, it doesn't seem like there is much left to say in terms of what the closing of these three venues will mean to the community and still the legacy continues to grow. While 285 felt like a flash in the pan in terms of it's existence and Glasslands leaned more towards a professional caliber, the vibes of Death by Audio remained true for seven years. It's the only place in NYC (or anywhere for that matter) where a band dedicated a song to me onstage (thanks Math the Band!!) and smiling faces were behind every corner. From the people at the door, to Edan at the sound board, to people pouring drinks, there was such a sense of camaraderie that defined everything about the space. Yes, the loss of 285 and (impending) Glasslands were serious blows, but the shuttering of Death by Audio truly resinates as a major blow to a once vibrant collective. It always felt more intimate and a bit more raw. Whether it was the fact that there was really no separation between the bands and the fans, the fact that smoking indoors was always ok, or that the DIY aesthetics always felt more honest (Glasslands has beer on tap for crying out loud!), DbA was a full representation of the imagery placed upon Williamsburg and the hipster ideology of its residents. 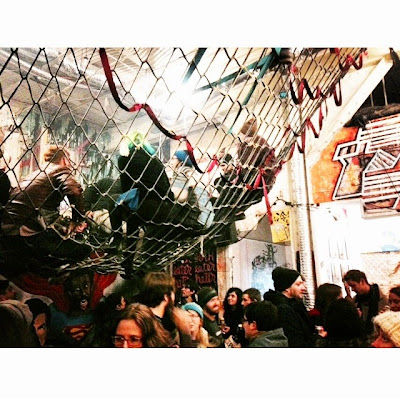 As luxury buildings began to rise and J Crew and Starbucks popped up in the neighborhood, it became clear that not only had gentrification taken it's toll on Williamsburg, but fundamental ideas had changed as well. The days of walking down cracked sidewalks and fumbling to the dark corners of the neighborhood have faded. The vacant warehouses have crumbled and a burgeoning new atmosphere has risen in it's wake. The neighborhood of character and counter-culture has made a shift towards something new and different. It was crazy to think that these places would last forever just like it's crazy to think that Williamsburg would avoid spikes in rent. Truth be told, I've given up on the thoughts of losing Williamsburg to a new era. I don't enjoy the crowds on Bedford anymore than I do in SoHo or on Canal St and I won't miss the long walks back to the L on a freezing night only to wait another twenty minutes for a train. What I will miss is the legion of people that made those venues feel like home. Over the years I've seen a who's-who of indie bands (Lightning Bolt, Future Islands, Thurston Moore, Japandroids, A Place to Bury Strangers, Widowspeak, Mac DeMarco, the Men, Perfect Pussy, FKA twigs, Mutual Benefit, and more) on these dilapidated stages and that is more of a compliment to those who have booked the shows, more so than it is me bragging about being cool (I'm not that cool). By no means was I an essential part of the scene, but rather just another person who was lucky enough to be in the know at the right time. I wasn't a regular and my attendance was spotty over the years, but every time I walked through the door I instantly felt at ease. No one was there to judge, but rather everyone was there to revel in the music and that's what mattered. 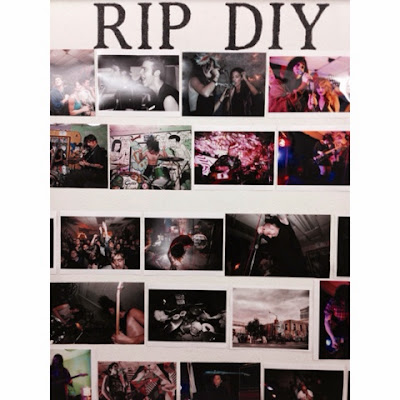 2014 has been an interesting year for music. Interpol, TV on the Radio, Karen O, and Julian Casablancas all released new material (it was mostly met with tepid reception) and these three pillars will shutter their doors before 2015. Both the New York I dreamed of and the one I lived through, have all come full circle. It's a weird and interesting time, but as saddened as I am by the loss of the things I love, I'm excited for what the future holds. Thank you to those who made this scene what it is and I look forward to what comes next.
Posted by marc at 9:30 AM

Email ThisBlogThis!Share to TwitterShare to FacebookShare to Pinterest
Labels: Death by Audio