Death from Above 1979 played Rough Trade 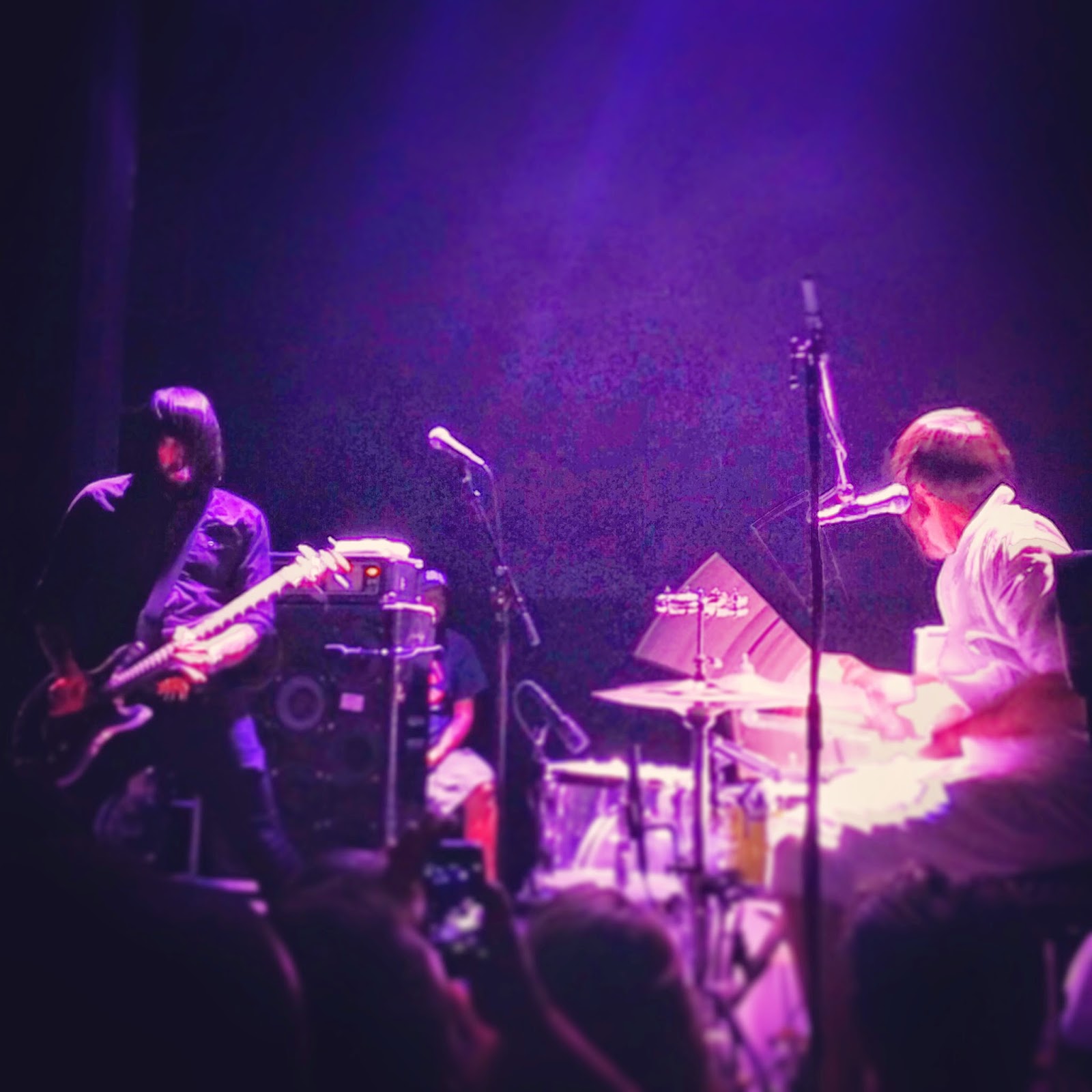 It's been nine years and eleven months since Canada's Death from Above 1979 released their first (and until now only) record, the heavy I'm a Woman, You're a Machine, but the long wait is finally over. The super-charged duo rolled into Brooklyn's Rough Trade locked and loaded as they delivered their monstrous riffs and blasted drums beats into one of the band's more intimate shows in quite some time.


The jam packed venue wasted no time in retaliating the band's energy right back at them as the opening notes of "Turn It Out" lit a spark that never quite died out. It would've been easy for DFA1979 to continue to ride the reunion train that kicked into gear a few years back, but this duo has upped the game by releasing their sophomore record and luckily for them, they've captured that elusive sound that gave them their reputation a decade ago. With Grainger in a solid white jump-suit and Keller decked out in black, their energy was in equal balance as the twosome trudged through a high-octane squall of lightning sharp hooks and rapid-fire disco hi-hats. Dance-punk, noise-rock, whatever you want to call it, these hard-locked grooves and pile-driver bass lines pack a hell of a punch that no one else has been quite able to replicate. "I've missed you guys so fucking much" yelled out a guy in the crowd and even though they've toured in the past few years, the new music is still a welcomed surprise that somehow yields much of the same results as their fantastic debut. Yet, the history of DFA1979 is rather interesting. In the grand scheme of things, their career is not that unusual. They released their debut in the fall of 2004 and toured extensively until they self-imploded in 2006. Their break-up bookended my college experience and the love for their lone album grew exponentially. After a five year hiatus, they hit the reunion circuit in 2011 and now, three years later, we finally have a new record. They didn't leave us for very long and still most of us thought we'd never be seeing them again, let alone listening to new tunes. It still sounds nothing like any other band at the moment, and still The Physical World sounds just like you'd expect it to have sounded had it come out in 2006. "It's the same old song, just a different tune" they scream on "Right On, Frankenstein!". There are no shocking twists or turns, yet it's still hard hitting and in your face. A record that can get people to throw punch on the dance floor. For those who have been waiting restlessly for a new DFA1979 album, you surely won't be disappointed.