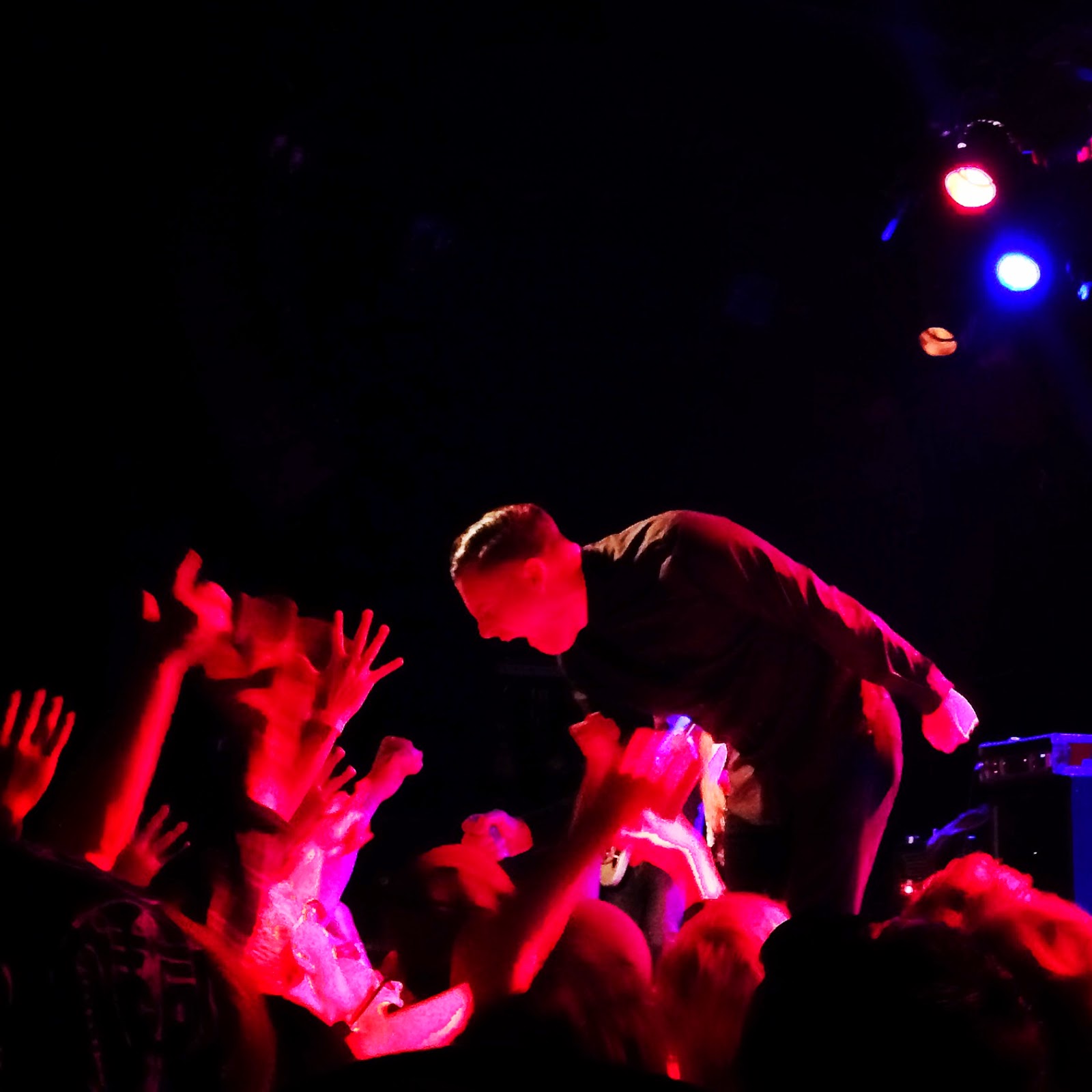 Ripping right into "Dream House" the band was relentless creating a frenzy in the crowd as their swelling guitars and furious drums catapulted the energy in the room to dizzying heights. Led Zeppelin named their seventh album Presence because of their commanding live performance, but Deafheaven certainly command attention like no one else. Their presence was masterful as they unloaded rocket-engine blasts rivaling the intensity of bands like Refused, Lightning Bolt and even shoegaze luminaries My Bloody Valentine. The Sunbather tracks reigned supreme over the evening receiving the highest of praise from the crowd and the new track "From the Kettle Onto the Coil" was dealt with atomic force. Front man George Clarke held the crowd in the palm of his hand as he conducted the pit like an elegant orchestra, moving his arms with grace and poise as excruciating guitar riffs provided a truly unique juxtaposition. His enigmatic persona adding it's own demeanor to the band's theatrics and his control over an audience parallels Jarvis Cocker in terms of status and showmanship. Some have criticized Deafheaven's approach to black metal as "too soft", their post-rock and shoegaze influences overtaking the darker sides of metal, but in a live setting all of these elements combine for one of the most intense and astounding live performances.
Posted by marc at 10:34 AM