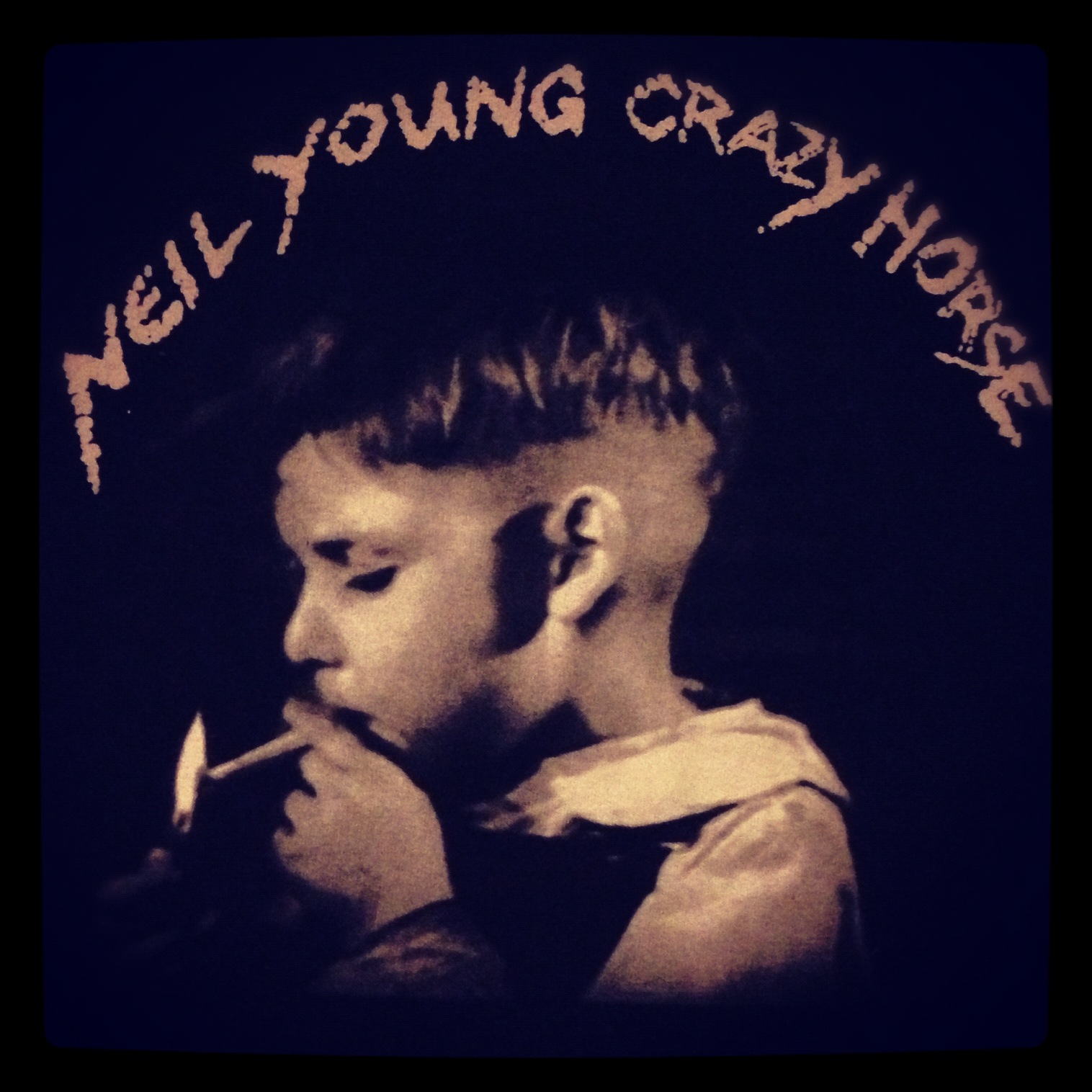 My only prior experience seeing Neil Young, was in 2008 when he was doing a combination of his greatest hits and new pleasures. This was not that same show. This time around, Neil has taken Crazy Horse out for another wild ride and watching these guys jam for over two hours was surely a sight to be seen. It has been called the "Crazy Horse Huddle", where Neil, Billy Talbot, and Frank "Poncho" Sampedro stand in a close-knit circle and repeatedly blast each other with monstrous guitar solos so larger than life, it's a wonder any of them can still hear and that their guitar necks don't break on a nightly basis. Entering to the Beatles' "A Day in the Life", stage hands dressed as crazed scientists assembled ten foot tall amps reminiscent from the Rust Never Sleeps era and the legends launched into "Love and Only Love" before the classic "Powderfinger". Gargantuan licks erupted from the band and Neil's signature thundering guitar seemed to be just as powerful as ever. From here on out, the band alternated between some classics and new tunes from the recent Psychedelic Pill. "Walk Like a Giant" can easily be seen as the junior to Neil's classic "Like a Hurricane" and it definitely has an ego complex. Stretched out to an epic 16+ minute long jam, junior might not be appropriate, however the homage to its older counterpart is crystal clear. The juggernaut of a tune culminated with a five minute long noise jam that you would expect from Sonic Youth or Dinosaur Jr, but clearly the Godfather of Grunge is not ready to hand over his title any time soon. At this point in his career, Neil is privileged enough to do what he wants, such as recycle riffs that worked for him decades prior and in a sense, reinvent his own wheel. Midway through his two hour performance, the acoustic portion of the set kicked off with the onstage banter from Live Rust and fake rain poured down on the stage as Neil delighted the crowd with "The Needle and the Damage Done". After the brief acoustic stint, it was back to the rocking classics. Another new jam, "Ramada Inn" was followed by an enthusiastic "Cinnamon Girl" from the Crazy Horse time machine and really saw people rise to their feet. The night concluded with "Mr. Soul" from Neil's days with Buffalo Springfield before the droning closer "Hey Hey, My My". For many in attendance, the show did not feature enough of the classis, which Mr Young certainly has enough of to make up an entire setlist, however watching these four men jam out with brilliant guitar playing was definitely a treat. For almost half a century, Neil Young has been a pioneer in both his song-writing and colossal sounding guitar and his performance at Madison Square Garden certainly aided to the idea that this living legend has inspired countless acts over the years even well into his tenure, Neil can outplay many that linger in his shadow.