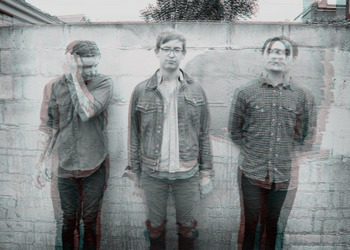 After obliterating the Knitting Factory during Sub Pop's CMJ Showcase, it was made clear that Metz was an act never to miss. As Mercury Lounge fell into darkness, the Toronto thrashers erupted in sonic furry that bubbled up into oblivion before collapsing into an absolute audio assault. In a year when punk has been resurrected to the indie circuit with bands like the Men channeling their inner Dinosaur Jr and Hüsker Dü and Titus Andronicus echoing the Replacements, Metz have angled their sound towards the more agressive and noise ridden tendencies of the Jesus Lizard and Big Black. Their striking and violent guitar is brought forth with sinister melodies and blood-curdling screams that are enough to give anyone an instant asthma attack, yet these guys still found time to joke aboot being from Canada. Jagged guitars rip at the pulsating bass lines and cymbals crash down like thunder; there was no stopping these three. They wrenched their guitar necks with such vigor and in such syncopation; their rhythms completely locked into a solid groove. "Get Off" and "The Mule" had some particular angst, but really there was never a dull moment. From the jolting opening until the ear bleeding finish, Metz were razor sharp delivering blow after blow to a masochistic crowd and a hyper-extended "Wet Blanket" delivered the knockout punch to end the trio's lightening set.
Posted by marc at 9:42 AM