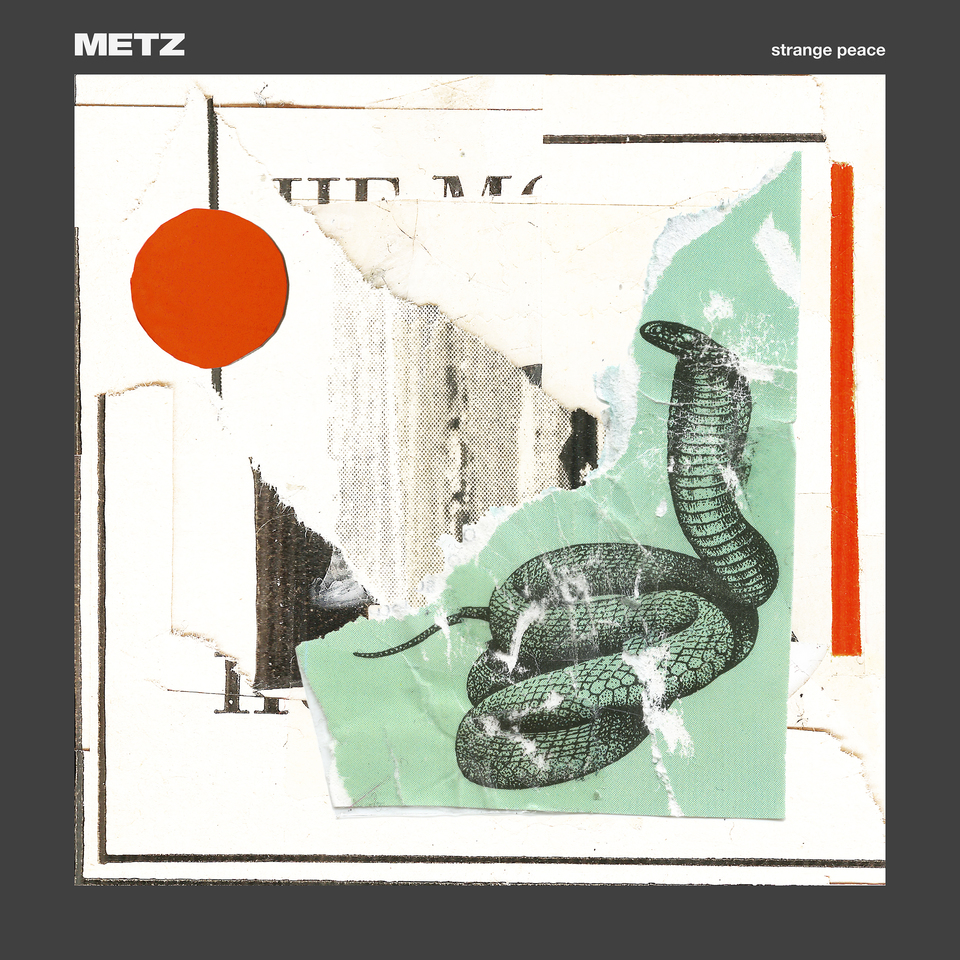 METZ are back and ready to release their third record, Strange Peace, on September 22 via Sub Pop. In anticipation of the new album, the band has shared the lead single, "Cellophane", which is a ripping track that shows strong promise for the band's continued assault on ear drums.

Since their debut record, METZ have crafted their noise-punk sound to artfully mimic the extreme sounds of bands like The Jesus Lizard and Big Black so it should come as no surprise that the band enlisted the one and only Steve Albini to record their third full-length. "Cellophane" isn't as downright dirty as some of their past work, but it still hints at the brutality the band is capable of unleashing on unsuspecting victims. It's a massive track that is filled with sonic distortion blasted to the max and provides promise that even with their enhanced visions, METZ will still bring the noise.

“We tracked fourteen songs in four days. It was the first time we felt confident enough to just play live and roll tape,” says Alex Edkins. “Strange Peace is much more diverse and varied than anything we’ve done before, which was exhilarating, but terrifying, too. We took the tapes home to Toronto feeling like we’d made the record we wanted to make.”

Email ThisBlogThis!Share to TwitterShare to FacebookShare to Pinterest
Labels: Metz