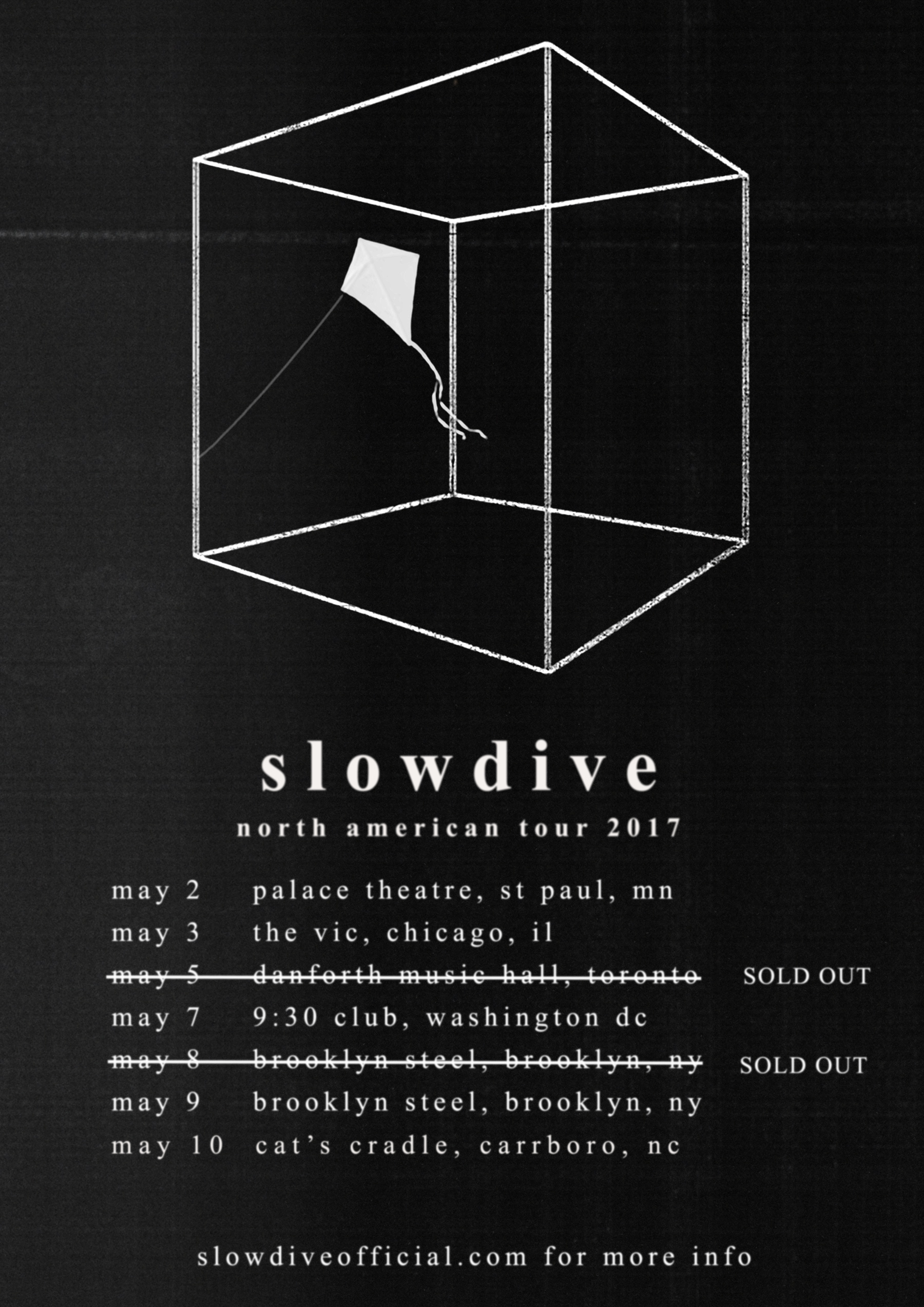 Slowdive are back with their first new record in 22 years. To celebrate, the band's current tour brought them to New York for two nights at Brooklyn Steel.

While they may be supporting a brand new album this go-around, Slowdive aren't new to the reunion game. Just a few years ago, the band toured and played all of their signature material that many fans had been waiting decades to hear. Still, as exhilarating as it was to see the band dust off their older hits, seeing them tour behind sparkling new material was actually more of a highlight. It seems the band kicked-out the cobwebs that may have been clinging around because everything about this show was better than their last stop at Terminal 5. The band sounded tighter, the visuals were bolder, and the lights tapped into the band's strengths and only heightened everything happening onstage. Sure, things got off to a rocky start, about two minutes in the band left the stage so the crew could adjust some slight technical difficulties, but after a fast turn around, the band was back and slammed into their set with stunning force. In fact, the only downfall from the night was once the band returned, they dove straight into "Slowdive" and "Catch the Breeze" which set the bar so high so early, that it forced the band to keep their set laser focused and in proper fashion, they clearly delivered. From there on out, the band operated with machine-like precision, never once faltering or letting their massive effects get the best of them. They were firmly in control of every song and really allowed for the music to breathe while still keeping the reigns held tight. "Blue Skied an' Clear" sounded euphoric, like the trail of a comet shimmering through the sky and "When the Sun Hits" segued into "Alison" was a swirling dream of pure '90s sonic bliss. A cosmic shift where the sounds of the galaxy burst into a million rays of splendid pleasure. A perfect balance between a wall of sound and celestial starlight radiating through a paisley dream. While their peers in My Bloody Valentine perfected the buzz-saw guitar massacre to which many lay claim as the defining characteristic of shoegaze, Slowdive always teetered on the edge of a hazy, dream induced landscape. Sinew-y guitar lines lingered through the air, delicately weaving themselves into well-crafted song structures that floated along without ever being pulled down to earth. Watching the band recreate these tracks live and to such perfection is rather astounding. Even new tracks like "Star Roving" and "Sugar for the Pill" were met with serious applause and nestled themselves perfectly into the band's set. Perhaps what was even more impressive was the ease in which the band seemed to unfurl each song. Never once did it seem like the band had to reach deep within to conjure up some kind of star-power, no this was something that poured out of them in such a leisurely fashion. In the twenty plus years since "the scene that celebrates itself" ceased to exist, Slowdive and their contemporaries built their allure through the wonders of the internet and while it'd be easy to believe that perhaps the magic dust had settled, their new record proves that given their own accord, the band still have plenty to share with the world.