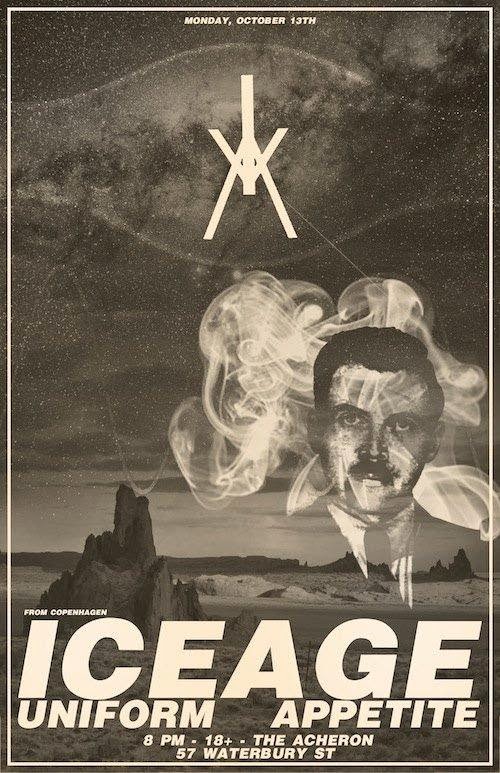 Since making their breakthrough only a few years ago with their great debut New Brigade, few bands have progressed along the same scale as Denmark's Iceage. Now, with their great new album, Plowing Into the Field of Love, the quintet are stepping out into the light and making themselves a band to be reckoned with.


Perhaps one of the most critically acclaimed punk bands in recent memory, Iceage have come quiet a way in such a short time. It was only four years ago that a group of Danish teens were wreaking havoc on the American punk scene and when they followed things up with the stellar You're Nothing, the band seemed on a streamlined path to success. Now, with the cow-punk twang of their recent record, the band have not only thrown a wrench in their typical sound, but also shown that there is more to them than meets the eye. Playing exclusively from their new album, Elias led the band through a killer set. His smoldering bedroom gaze piercing the crowd as his swagger exuded the right amount of attitude without ever seeming cocky. His snarls and growls only evoking pure signs of panache. As fans shouted for old highlights like "Coalition", "Broken Bone", and "Ecstasy" he simply replied "It ain't gonna happen", showcasing their no-shits-given spirit. New singles "The Lord's Favorite" and "Forever" were especially strong with metallic guitar riffs slashing through the bluesy-countrified drum fills and feeling larger than life as they came across with pure conviction and vitriol. Those who saw Iceage tour behind their first two records will recall the band's abrasive sound crashing through darkness as the band blazed through electric sets inducing a frenzied panic amongst the crowd. Now, the band has come out of the shadows, trailblazing down a road toward a more dignified and assertive sound. Their edge and intensity is still as great as ever, but for the first time it seems that the band is making records on their own accords. Instead of delivering what most had expected, the band took a leap of faith into the unknown and came out even more polished than ever before with a style and grace all their own.

Setlist:
"On My Fingers"
"How Many"
"Glassy Eyed, Dormant and Veiled"
"Abundant Living"
"The Lord's Favorite"
"Forever"
"Let It Vanish"
"Cimmerian Shade"
"Plowing Into the Field of Love"
Posted by marc at 8:22 AM