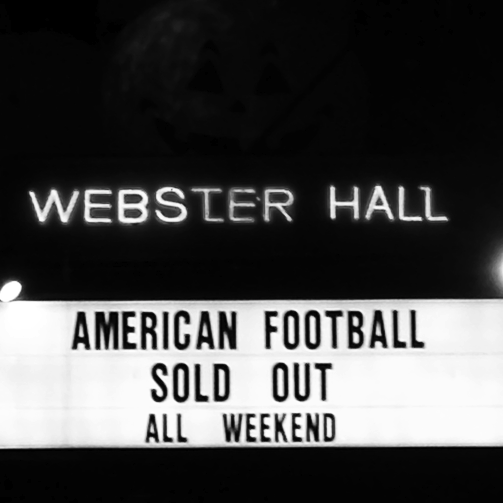 Emo music without a doubt draws some kind of connotation, these days usually for the worst, but American Football didn't make emo music in the traditional sense. Drawing from mathy, post-rock guitar lines and jazzy drums fills, the band made a signature sound the encapsulated so many different genres and really sparked new ideas leading into the new millennium.

With the famed album cover serving as their backdrop, the band eased into "Five Silent Miles" to kick off the evening. There were some hiccups along the way (the trumpet parts especially had some rust to shake off), but the show was certainly full of highlights. "Honestly?" and "The Regrets Are Killing Me" lauded particularly high cheers as the lyrics of teen anguish and heartbreak filled the room. Steady guitars built on syncopated drums lines that drew heavily from the sounds of Codeine and slowcore rhythms and climaxes that predated Explosions in the Sky style of tension and release guitar work. "We're playing every song we know", claimed Kinsella throughout the show and as the band finished the set with "Never Meant", it seemed that the entire evening had been building to that moment. The delicate lyrics were sang by the crowd with such poise and passion that waiting all of these years to hear these songs seemed totally worth it. It might not have been the best show (probably far from it), but for everyone in the room these songs struck chords rooted deep in our past. It gave remembrance to simpler times. Early days of discovering music and finding so much joy and hope in a song. Feelings that songs could easily relate to exact moments in your life. Reflection on days long gone. No, it wasn't the best show, but it sparked feelings that haven't bent felt in quite some time and harped on emotions that made music so exciting in the first place. 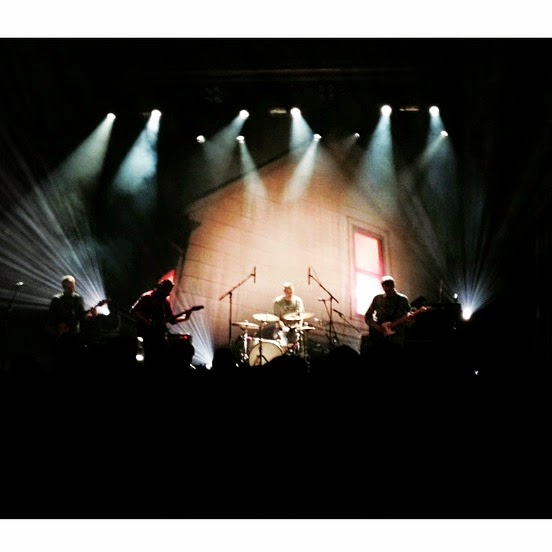 Setlist
"Five Silent Miles"
"The One with the Tambourine"
"Letters & Packages"
"Honestly?"
"For Sure"
"I"ll See You When Were Both Not So Emotional"
"You Know I Should Be Leaving Soon"
"But The Regrets Are Killing Me"
"The 7's"
"Stay Home"
"The One with the Wurlitzer"
--
"The Summer Ends"
"Never Meant"
Posted by marc at 2:05 PM