A Sunny Day in Glasgow played Baby's All Right 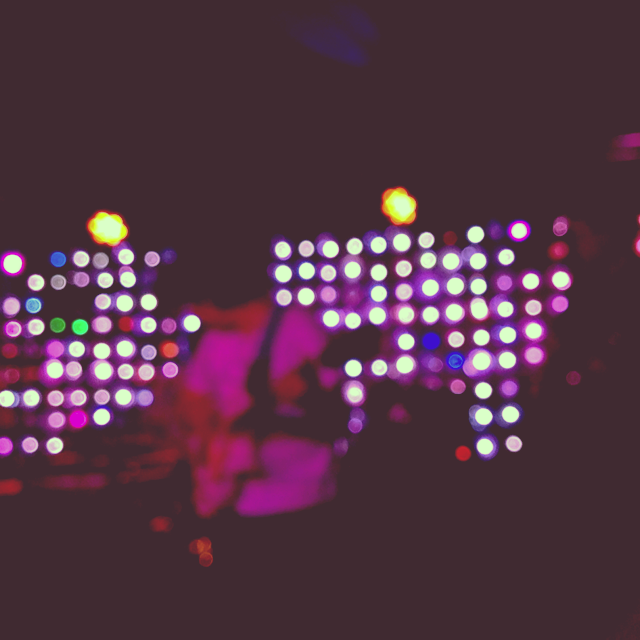 Riding the wave of success from their recent release, A Sunny Day in Glasgow packed Baby's All Right for a killer show full of shimmery guitars and heavy synths on the eve of their last night on this tour.

The night kicked off with "In Love with Useless" and backed into album opener "Bye Bye, Big Ocean" setting the course for a great set featuring the majority of the fantastic Sea When Absent as well as some old highlights. On record, the vocals are rather unintelligible, as shoegaze often goes, but live they seemed even more buried in the mix which turned out to be rather unfortunate. However, with that as the only downside, the band sounded incredibly tight and given the factor that none of the six members were ever assembled as a full unit to record the album, the live renditions were stunning. Bringing the textured layers of early M83 and the dreamier side of shoegaze, it was a rather hypnotic performance. In some ways the extra breathy vocals were a nice charm as it accentuated other aspects of the new music to a new degree. The fact that lead vocalist Jen Goma could've been a doppelgänger for Tia Carrere as Cassandra in Wayne's World didn't hurt anything and her intertwining lyrics with other vocalist Annie Fredrickson was also rather charming. Their vivacious spirit was electric. The rich guitar tones and deep synths made the crowd groove and vibe more than expected and the energy was high for the evening. "This is the best show of the tour" exclaimed guitarist Josh Meakim which in turn resulted in even more affection from the audience and "The Body, It Bends" helped take things to another level. Sonically, the show was dazzling as everything seemed to fall exactly into place which was impressive given the album's creation and the long distance relationships that comprise the group. There is a lot going on in each and every one of the band's songs and the live experience only seemed to heighten the beauty in all of them.
Posted by marc at 11:09 AM

Email ThisBlogThis!Share to TwitterShare to FacebookShare to Pinterest
Labels: A Sunny Day in Glasgow