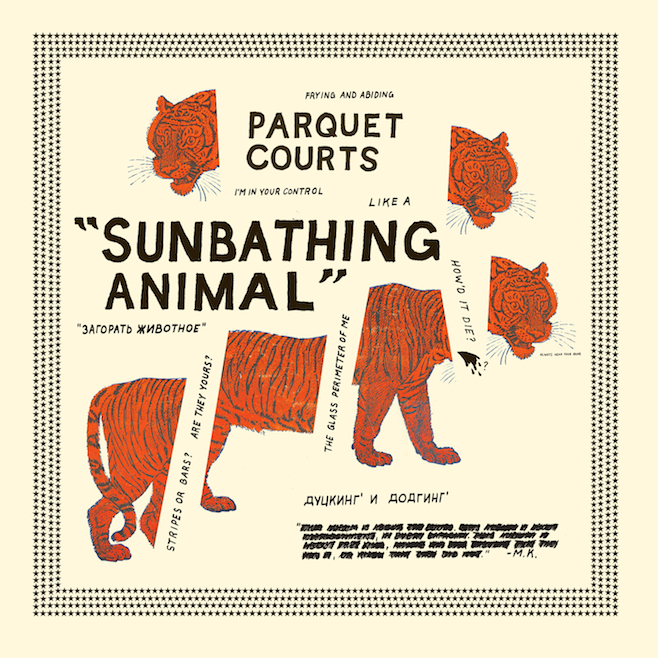 Brooklyn lo-fi indie rockers Parquet Courts are still riding high on the quasi-unexpected success of their excellent debut Light Up Gold, but that has not stopped the band from already releasing their sophomore record. Today, the band shared the sprawling blues-y track "Instant Disassembly" which is much more of a slow-burner jam as opposed to the immediacy of songs that have come before it. That's not to say Parquet Courts are slacking here, but rather showing us that there is more beyond the fiery Pavement-style jams than we may have expected. The new record, Sunbathing Animals, is out June 3.