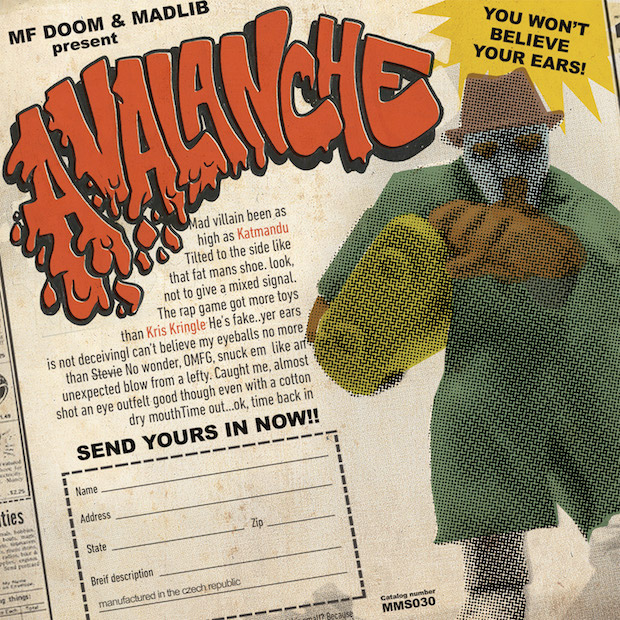 Madlib and DOOM have shared a new track called "Avalanche" and it's out now on a 7" single via Madlib's label Madlib Invazion.

Teaming up in 2004 to release the visionary Madvillainy, Madlib and DOOM helped bring underground rap into the the indie-rock / blogosphere scene in the mid aughts. Through dusty grooves and wooly verses, Madvillain brought mystery, complexity, and dexterity and connected with an audience accustomed to loud guitars and crashing cymbals. It was a turn off from the wake of nu-metal and flashy pop-rap from the turn of the millennium. While we've yet to see a true follow-up, "Avalanche" is a welcome addition to the Madvillain catalogue and another unexpected release to round out the year. True to form, the track is layered with thick textures and fingerprint-laced vinyl scratches with crackled, dry-mouthed verses capturing the epitome of a DOOM rhyme. It's a nostalgic reminder that feels like a b-side from their opus, but still a much welcomed surprise to end a tiring year.