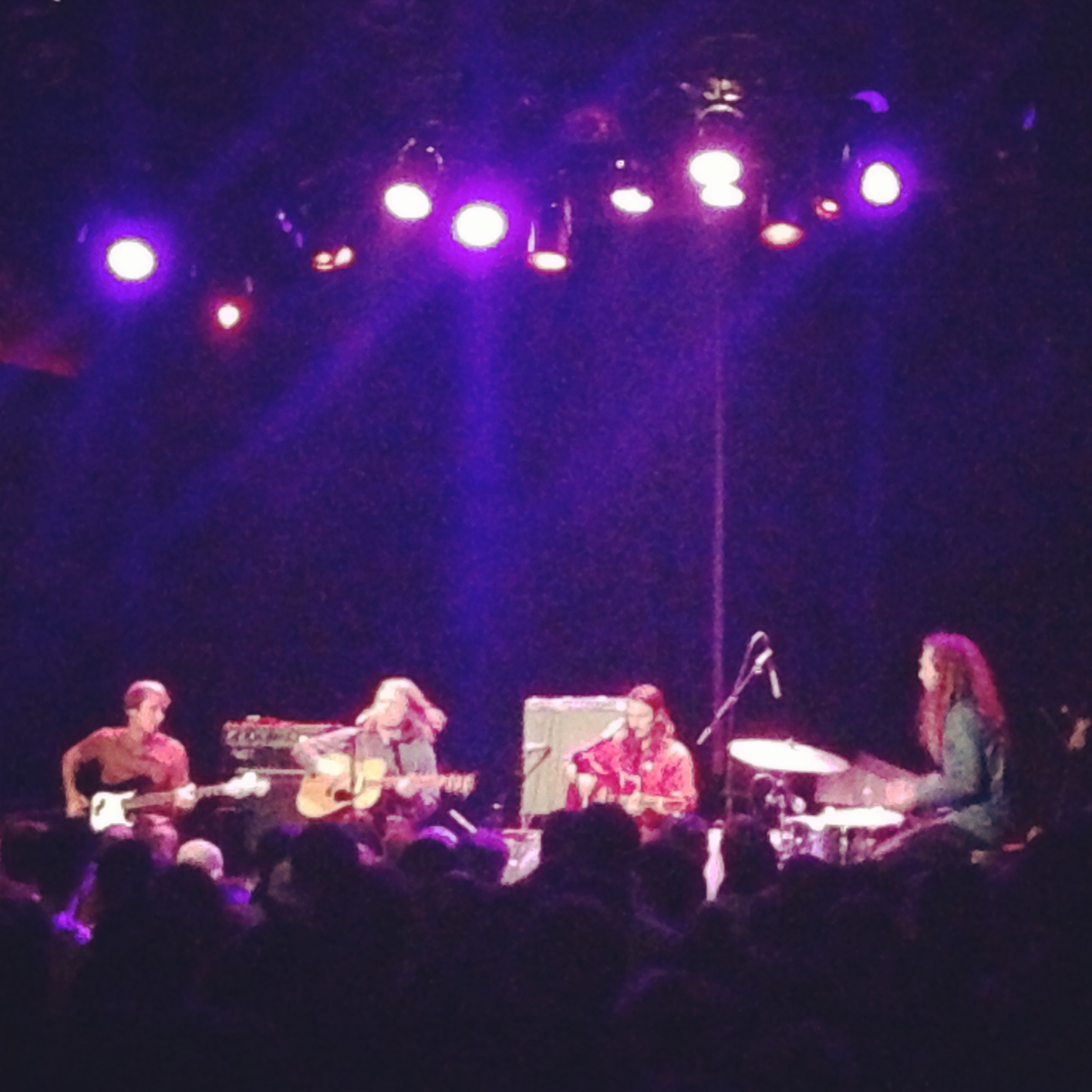 There hasn't been such a consistent songwriter in music, let alone rock and roll, over the past few years as San Francisco's Ty Segall. In 2012 alone, the man released three full length records and this year he hasn't showed any signs of slowing down. Forming a new band, Fuzz, and a split record with friend Mikal Cronin was just the tipping point. Last week, Ty released Sleeper, an acoustic album recorded after the loss of his father. Tonight, Ty brought the Sleeper band to Brooklyn where the group played the album in full. Seated(!) and armed with two acoustic guitars, an electric bass, and minimal drums, the group lined-up across the stage remaining relatively calm and low-key, the band had little banter between songs and the only movement came when Ty took over on drums so the drummer could deliver the only electirc solo of the night. Although Sleeper might feature a softer side of Segall, the album is not anything to yawn at. The performance was about as unplugged as Nirvana's infamous MTV recording and there was plenty of head-banging and hair flipping to make everyone aware just how much Ty and company can really rock. While typically known for his abrasive Stooges-esque straight-forward rock and roll, the more mature sounds of Sleeper seemed on par with recent acoustic records from guitar shredders and noise legends J Masics and Thurston Moore and the fact that Ty has released something so advanced at this stage in his career, really highlights his song writing capabilities. Distorted solos were in abundance and even before he laid down some old hits, the crowd was bursting at the seams. "Girlfriend" and "Sad Fuzz" from 2010's Melted lifted the audience to new heights and I've never seen such intensity from an acoustic setting. If anything, the release of Sleeper has shown that while we all knew Ty could really pack a punch with loud fuzzed-out garage punk, there are layers to what he does and this could be just the beginning of what else he has in store.
Posted by marc at 8:36 AM