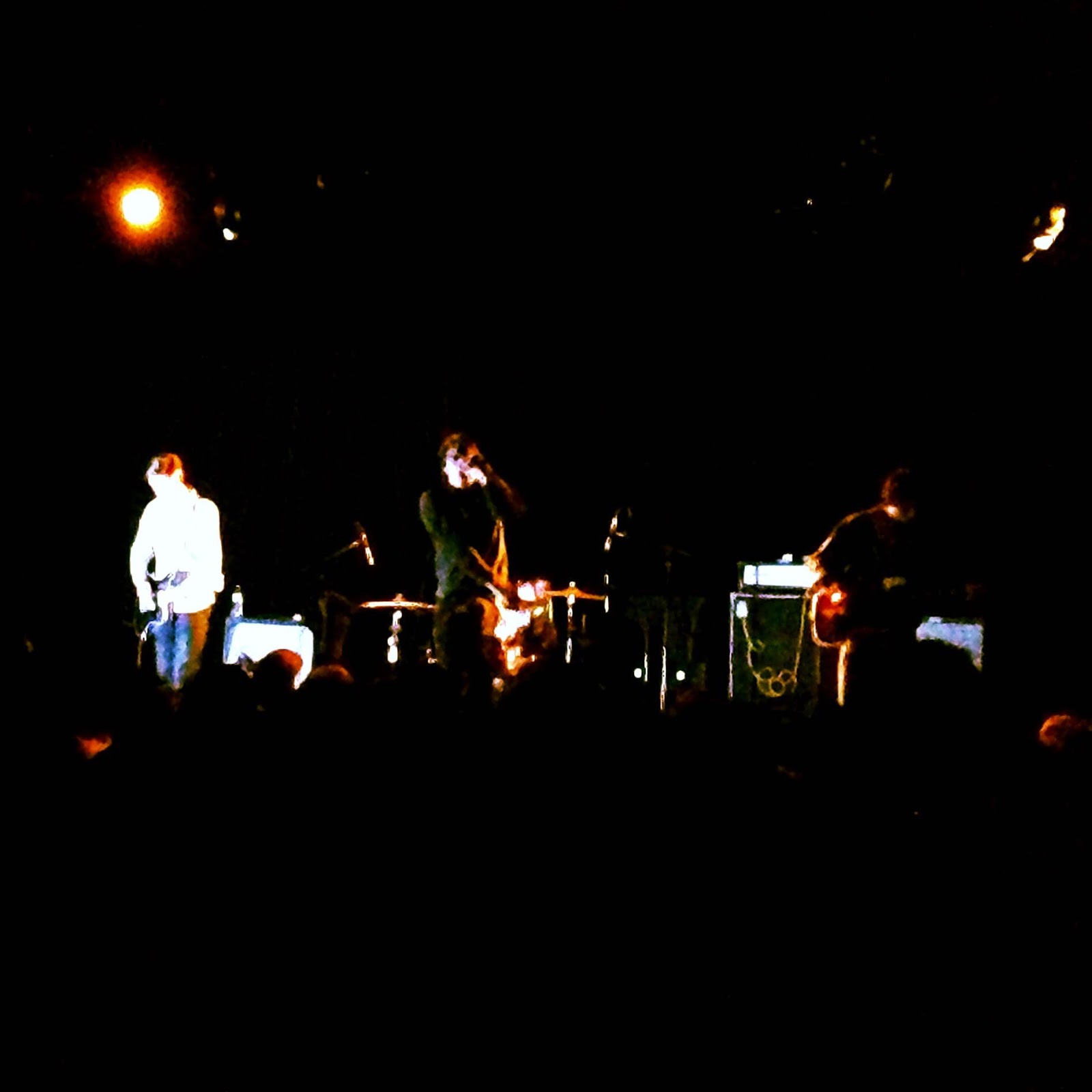 A mid-June evening in New York City doesn't sound like the ideal setting for a show featuring the dark brooding work of Iceage, A Place to Bury Strangers, and Lower, so it seemed rather fitting that unseasonably low temperatures, torrential rain, and driving winds descended upon Brooklyn for the first night of the 2013 Northside Festival.

I missed the opening local bands, but Lower got things off to a raucous start. Shrieking guitars echoed through Music Hall with serious force while the band's militaristic demeanor gave quite an intimidating impression. With matching shaved heads, the Danish punks blasted through their brief catalog at an alarming sound. Drummer Anton Rothstein playing as if he had channeled Thor to crash upon his kit with excessive vigor. The bleak lighting and minimal emotion from the band made it feel as if they were completing a civic duty, acting as ambassadors of their Copenhagen scene and proving their worth on their first American tour.

Between Danish hardcore acts, local Brooklyn mainstays A Place to Bury Strangers brought out their robust shoegaze drone for a visceral performance. With technicolor projects acting as the only source of light, the ear splitting tones and maximum energy have not been neglected by the band, despite their plateauing popularity. If anything, these guys proved that the only ones sleeping are the critics. Smoldering guitar and bass created a deafening haze and the drumming acted more as a metronome as opposed to the relentless rolls provided by Lower. With the hall shrouded in fog, it didn't take long for flying guitars (and amps) to become a part of the stage show and when the flashing strobes kicked in, the evening was taken to another level.

A little after midnight, the lights dimmed until only two sharp lights were illuminating the stage. Iceage ripped through forty minutes of pure adrenaline fueled chaos. Slashing guitars, hammering drums, and stentorian vocals from frontman Elias Bender Rønnenfelt displayed the band's aggressive attitude with maximum intensity. Highlighting material from this year's wonderful You're Nothing, the band's loose sound has been sharpened into focus without sacrificing any of the raw appeal of New Brigade. Ditching guitar about two songs into the set, Elias marched across the stage tossing the microphone stand and lurching over the crowd with serious passion matching the militia vibes of Lower. This wasn't a show with lots of onstage banter, and when the frontmen did speak it was barely understandable (I think the only words I understood were "Iceage" and "Morals" which wasn't even paired with "this song is called..."). While Iceage appear to be on a mission to spread their ferociousness, their ability to blend hardcore with some kind of accessibility allows the music to really speak for itself.
Posted by marc at 10:14 AM